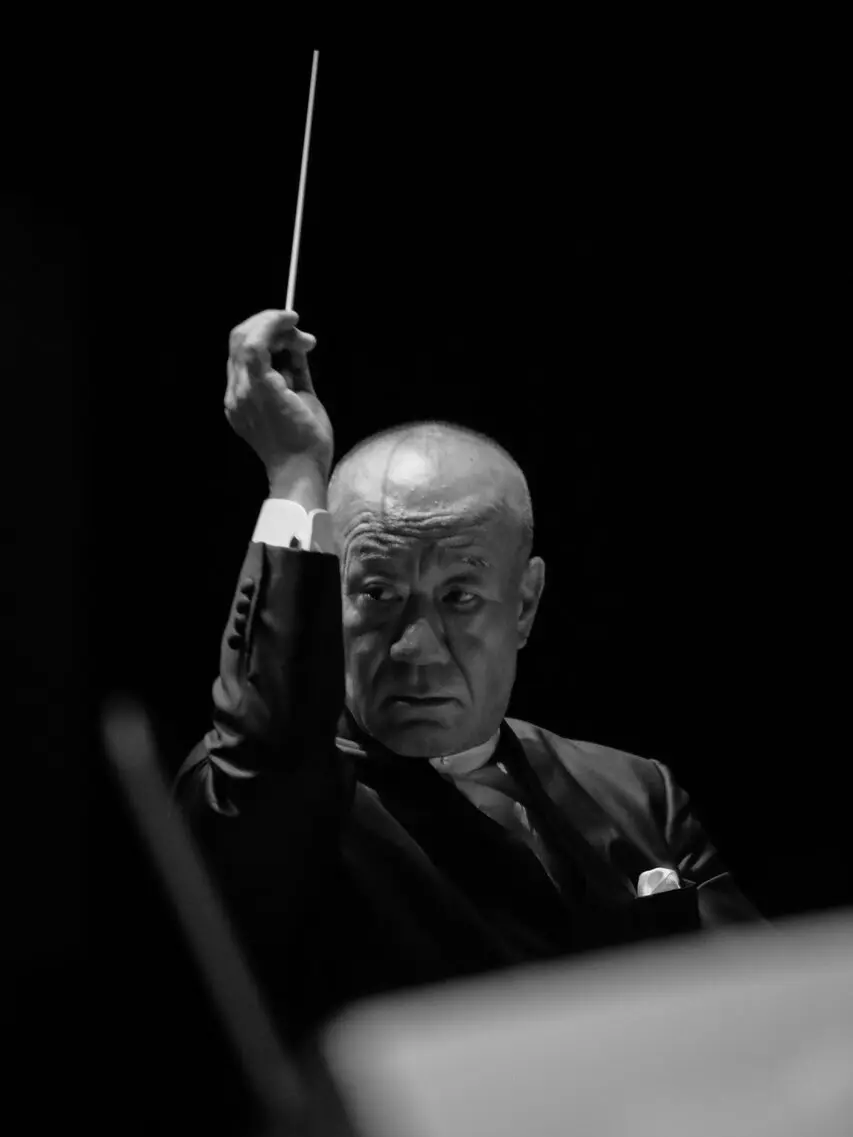 The Composer Who Turns Hayao Miyazaki’s Humane Touch Into Music

Joe Hisaishi’s scores have helped make Studio Ghibli films indelible. But in concert, the works stand on their own. That’s because “it’s about emotion,” he says.

“Watching a film is a whole different thing from hearing the music in concert, which gives the audience a different experience,” Joe Hisaishi said. (photo:Dai Niwa)

Alfred Hitchcock and Bernard Herrmann, Sergio Leone and Ennio Morricone, Steven Spielberg and John Williams: Some of the greatest filmmakers have cultivated enduring, mutually enriching relationships with musicians. The decades-long partnership between the Japanese animation master Hayao Miyazaki and the composer, pianist and conductor Joe Hisaishi certainly belongs in this hall of fame.

Hisaishi first worked with Miyazaki on the eco-minded science-fiction feature “Nausicaa of the Valley of the Wind,” released in 1984. He has scored every Miyazaki feature since then, composing wonderfully evocative soundtracks for such favorites as the family fable “My Neighbor Totoro” (1988); the tale of young-girl independence “Kiki’s Delivery Service” (1989); the period epic “Princess Mononoke” (1997); and the Academy Award-winning “Spirited Away” (2002), a gem about a headstrong little girl that was the runner-up on The New York Times’s list of the 25 best films of the 21st century so far.

This week, longtime fans and newcomers alike will be able to hear excerpts from those scores and more, when Hisaishi, 71, leads the American Symphony Orchestra in “Music From the Studio Ghibli Films of Hayao Miyazaki,” a series of concerts at Radio City Music Hall starting Saturday. (The performers will also include the MasterVoices choir and the Brooklyn Youth Chorus, as well as the singers Amanda Achen and Mai Fujisawa, who is Hisaishi’s daughter.)

While excerpts from the movies will be projected on a giant screen, Hisaishi’s concerts stand on their own and are not meant to be simply compilations of classic scenes backed by a live ensemble.

“Watching a film is a whole different thing from hearing the music in concert, which gives the audience a different experience,” the composer said through an interpreter in a recent video conversation. 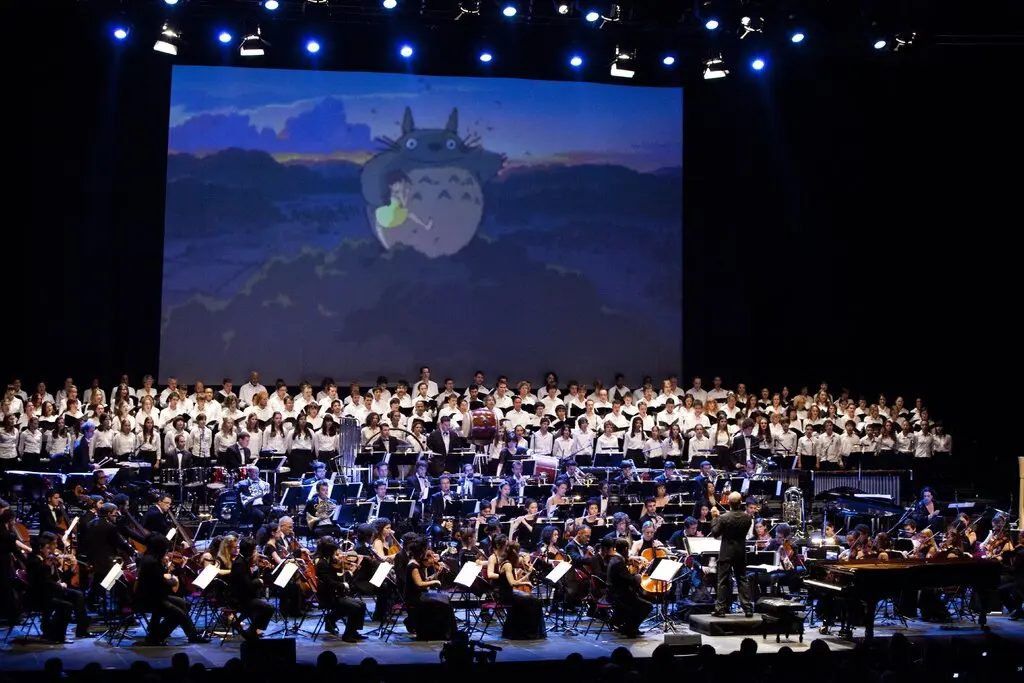 Though Hisaishi’s concerts include clips from films like “My Neighbor Totoro,” they go well beyond compilations of classic scenes. (photo:Laurent Koffel/Gamma-Rapho, via Getty Images)

Indeed, Hisaishi built the set list as if he were putting together a single large composition, citing Mahler symphonies as a source of inspiration. “For example, the first movement is ‘Nausicaa,’ the second movement is ‘Kiki,’ the third is ‘Princess Mononoke,’ and so on,” he said.

Hisaishi (who was born Mamoru Fujisawa but goes by a stage name) is also known to make slight tweaks for concerts. “The images are screened so that you relive the emotions you had watching the film,” Marco Bellano, who teaches the history of animation at the University of Padua, Italy, said in a video chat. “But at the same time when Hisaishi plays these compositions in concert, they are not exactly in the same shape, the same arrangements they have in the films. There is a piece from ‘Porco Rosso’ called ‘Madness’ that is identical in the soundtrack and one of the concert versions, but many other pieces are completely different. It’s really remarkable how he really cares about offering a new experience.”

Rest assured that the changes are not drastic and that the concerts preserve the Hisaishi touch. Taken out of “My Neighbor Totoro,” “The Path of the Wind” (which brings to mind another great Japanese musician, Ryuichi Sakamoto) retains its tender melancholy, while “Bygone Days,” from “Porco Rosso” (1992), is still just as wistful live, halfway between jazz and French chanson.

For James Williams, the managing director of the Royal Philharmonic Orchestra in London, Hisaishi’s contributions are a perfect match for Miyazaki’s universe. “When you see those films, there’s a certain humanity about the story lines, and that’s absolutely reflected in Joe’s music,” said Williams, whose orchestra recently recorded an album of Hisaishi’s compositions. “It connects with people, regardless of their culture, and that’s really powerful. What Joe has done is somehow retain that integrity of Japanese culture, brought in that Western tonal system and found a way for the two to retain their identities in perfect harmony.”

A distinctive appeal of Miyazaki’s films is that they trust viewers, no matter how young, to figure things out on their own. Partly, this means not using music to reinforce character traits or telegraph expected responses from a viewer. Fortunately, this suits Hisaishi. “The music does not need to match every character,” he said. “Rather, it’s about emotion, something the character might be feeling. And at the very deepest of a movie, the music doesn’t need to tell anything related to the character or even the feelings,” he continued. “There’s already something that the audience might be feeling just watching the film.”

“Castle in the Sky,” released in Japan in 1986, neatly illustrates the way the Miyazaki-Hisaishi approach — which also involves knowing when not to score a scene — is different from that commonly found in American animation. In 1999, Hisaishi not only reworked his existing score for that film’s American release, by Disney, but he vastly expanded it, adding music in scenes that previously did not have any. 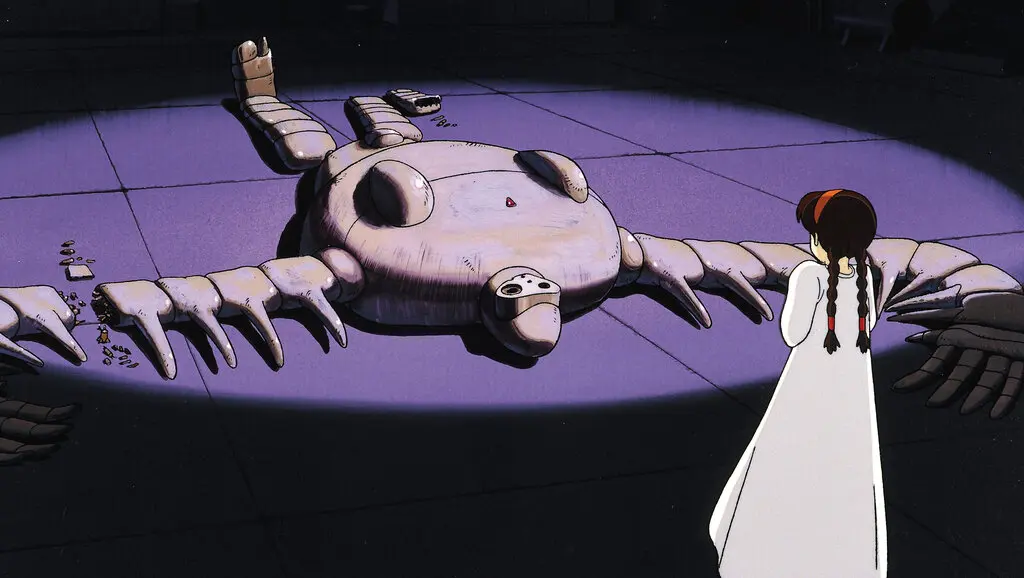 For the American release of “Castle in the Sky,” Hisaishi reworked and expanded the score used in the Japanese version. (photo:Studio Ghibli)

Hisaishi also refrains from recycling catchy musical phrases over and over within the same movie. “From ‘Howl’s Moving Castle’ on, you find more this idea of leitmotif, but it’s different from the Hollywood style, where the leitmotif appears very clearly and is very easy to remember,” Bellano said. “With Miyazaki and Hisaishi, that melody appears when it’s needed and is not repeated many times.”

Hisaishi does write stand-alone pieces, including symphonies, and has worked with other feature-film directors — most famously Takeshi Kitano, for whom he scored such 1990s high-water marks as “Sonatine,” “Fireworks” and “Kids Return.”

“I started my career as a minimal composer,” Hisaishi said, “and I use more my melodic side in Miyazaki movies and my minimalist side in Kitano movies — they are closer to what originally drew me to music, style-wise.”

Still, it is his work with Miyazaki that has placed him solidly on the international music map.

Over the decades, the two men developed an intricate working method involving a lot of back and forth. Early in the production process, Miyazaki would give Hisaishi an idea of the story, some sketches, sometimes just a few words. Based on those meager elements, the musician would come up with a so-called image album (which would receive a commercial release down the line). “For ‘Princess Mononoke,’ an early word Miyazaki-san mentioned was tension, as in an arrow’s tension,” Hisaishi said, using the Japanese honorific. He added that this inspired him to write a piece that “eventually became the title theme.” Once the film was ready, Hisaishi would write the score, which could also be released in a symphonic suite version.

The composer has not slowed down. In fact, being home during the pandemic further spurred his creativity — and led to an epiphany of sorts that Hisaishi evoked in terms that felt Miyazakian.

“It took me seven years to write my first symphony, but in 2020 and 2021, I finished two,” he said, referring to “Dream Songs” and “Songs of Hope.” That experience “made me realize I have a mission as a composer. People watch this changing world and are so disappointed: Where is happiness? What is going on? Look at what’s going on in Ukraine,” he continued. “This is not something we expected to happen again in the 21st century. As a composer, I need to see the world as it is, but I also can’t be disappointed: We do need hope for the future.”

A version of this article appears in print on Aug. 13, 2022, Section C, Page 1 of the New York edition with the headline: Follow the Emotions For a Humane Touch 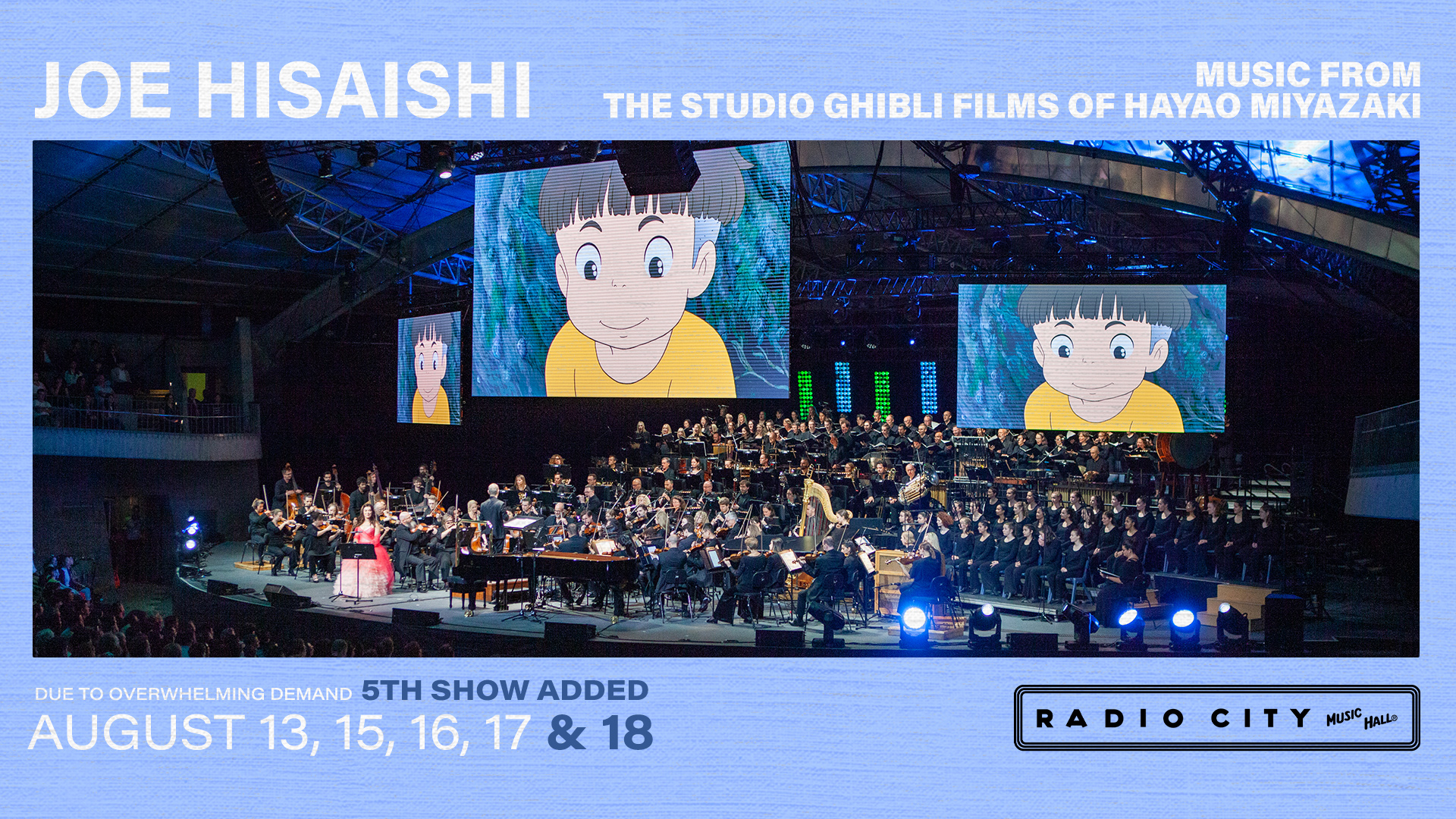 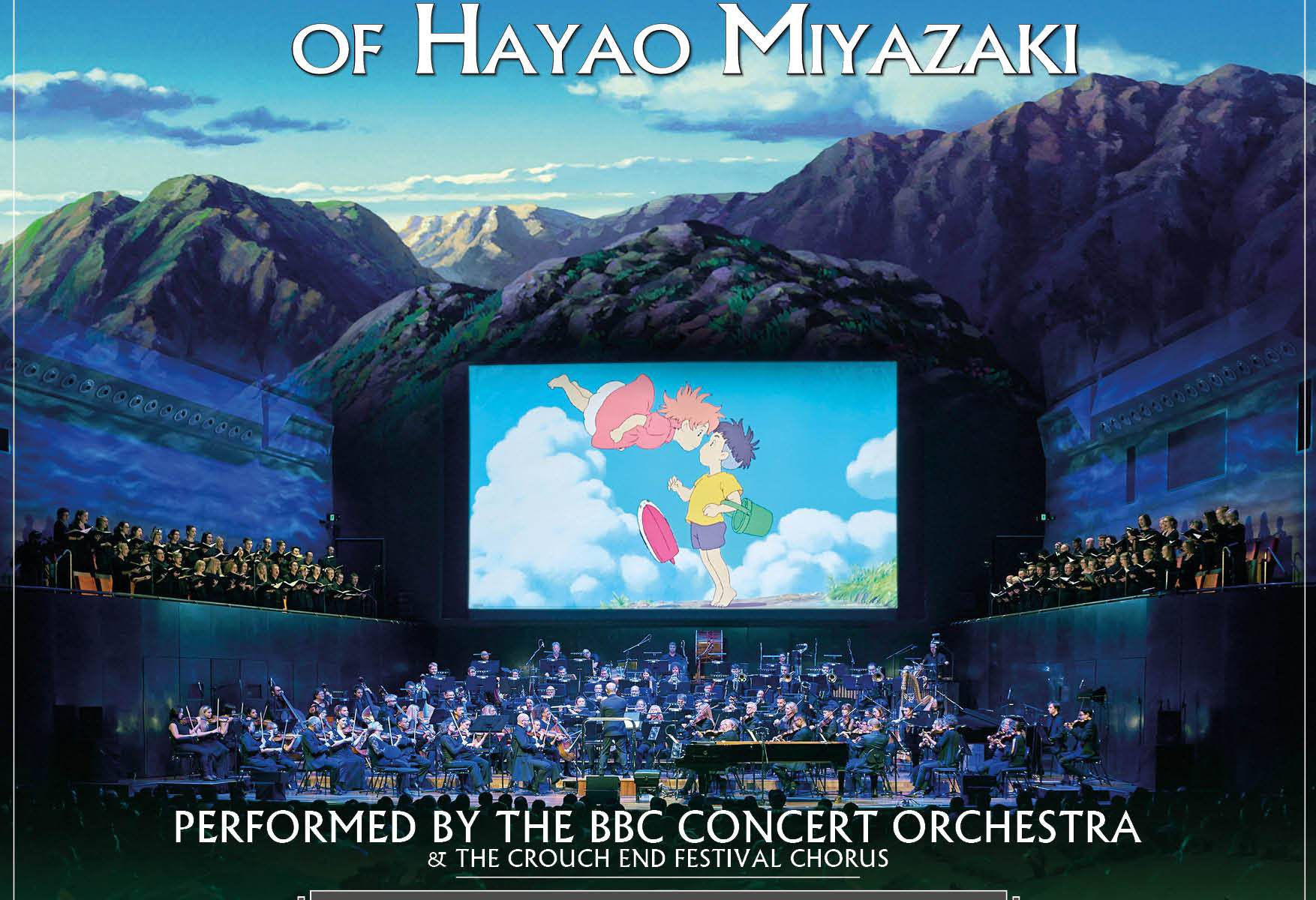 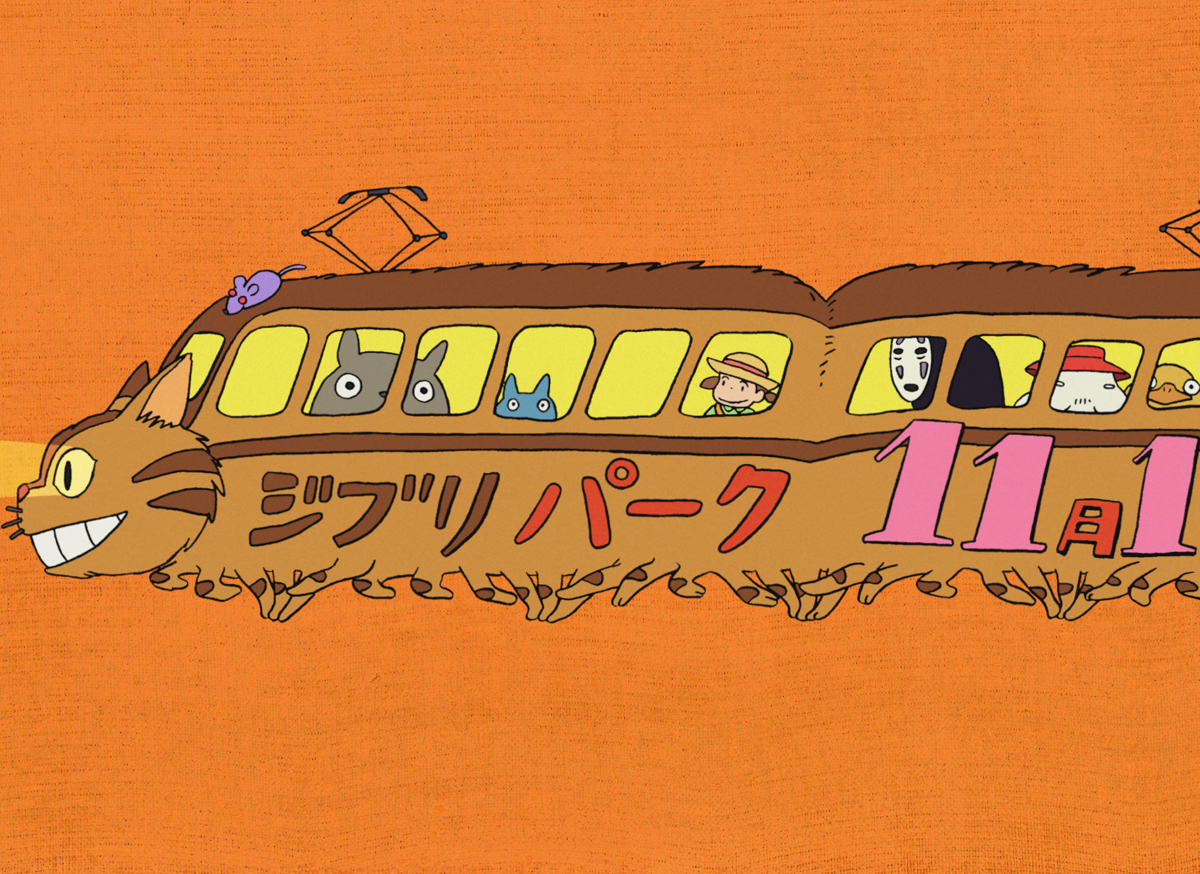 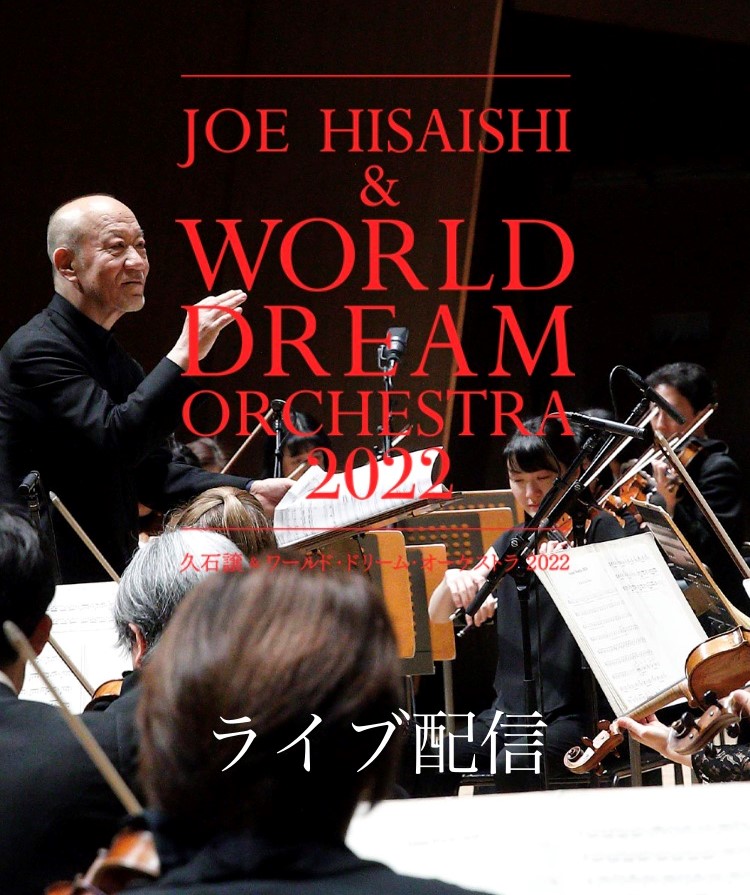 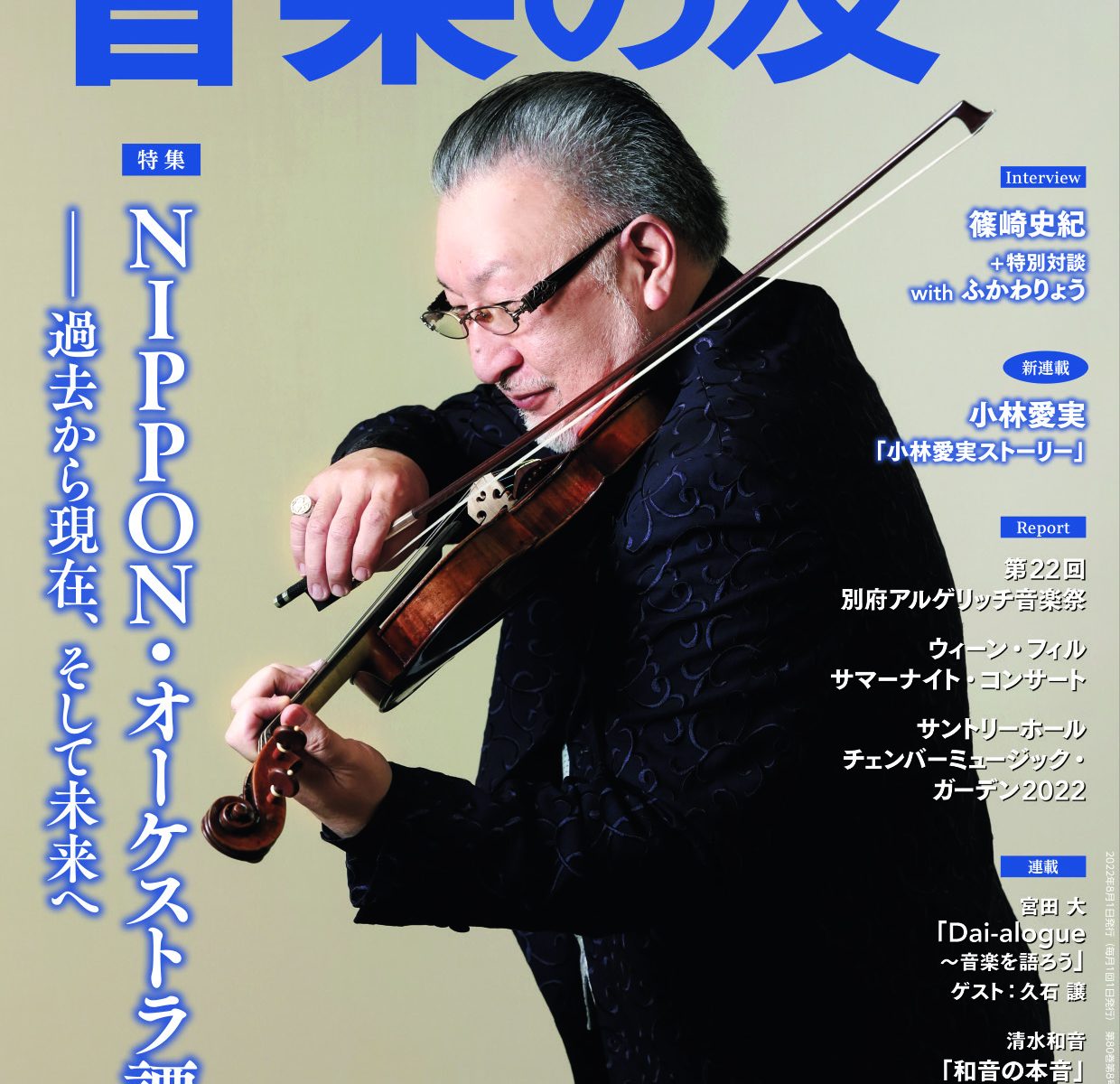 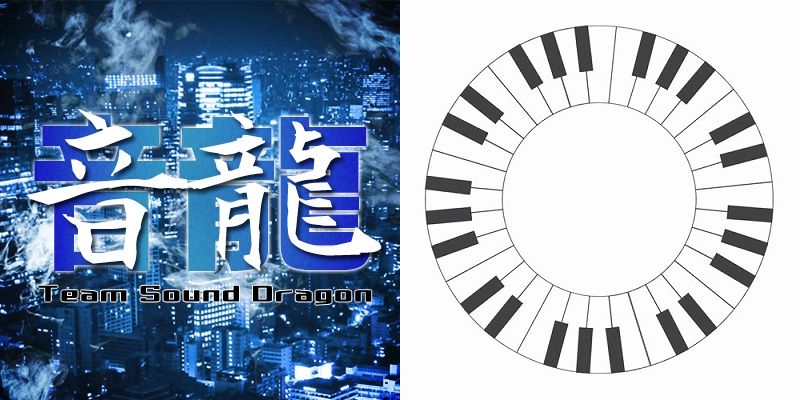