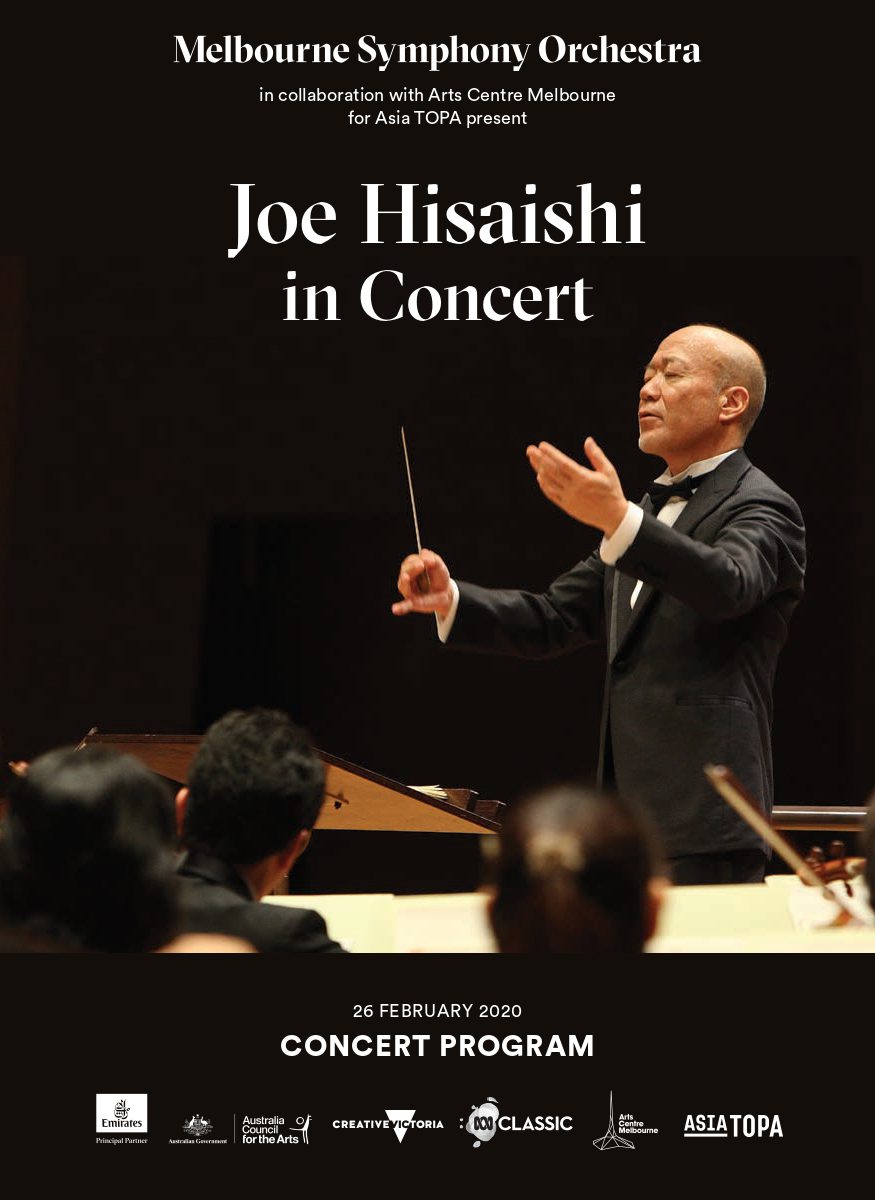 DA-MA-SHI-E
DA-MA-SHI-E was composed in 1985 for the solo album called α-BET-CITY. After that, this piece was performed with a small ensemble for a while, and then it was recomposed as an orchestra piece for the album called Minima_Rhythm (2009).

This piece is structured in 8 different phrases. These are born from the first violin motifs performed at the very beginning of this piece. The brass instruments change the colour of the entire piece by hitting very strong notes and going between A major and B-flat major. In the last half, the chorales of the brass instruments join, playing the 8 motifs, making the ending of this piece joyful and positive.

The title comes from M.C. Escher – not a particular picture of his, but very logical with some essence of humour – I total agree with his style.

Spirited Away Suite
This film won the Academy Award for Best Animated Feature in 2003. Even overseas, it gets the most requests to play. The film music was arranged in a symphonic suite to perform in a tour of Japan with the World Dream Orchestra in 2018.

In the film, the main character Chihiro gets lost in a totally different world from the one in which she lives. Her name is changed to Sen, her parents are changed to two poor pigs, and many critical events are placed on the little girl’s shoulders. Therefore, the music in the film becomes aggressive. On the other hand, the place between the real world and the other side of the shore like The Sixth Station is shown deeply in the film. It lets the film show Mr. Miyazaki’s view of life and death, and a strong message of the importance of being alive.

The composition of this work began in 2011, and it was completed in the summer of 2016. It is a large-scale work in five movements, about 45 minutes in length. The third and fifth movements feature a soprano soloist.

The “East Land” in the title means “The East Country” (in other words, Japan), and “The East Country” within Japan refers to the Tohoku Region. The Great East Japan Earthquake on March 11th, 2011 heavily influenced this composition. Of course, I did not compose this with the intention of expressing social phenomena related to that region. I believe that music should be only constructed with sound. However, I often think, “As mankind, where do we go now? How do we live in such a world of chaos?” I hoped throughout my time of composing that Japanese people have the courage and power to live on and do not forget who they are, even in such a situation.

The first movement The East Land and the second movement Air were composed in 2011. At their core, these two movements are formed from serial* and minimal music elements mixed together, resulting in dissonance embodied in the whole work. After the middle part of the first movement, the tempo picks up a bit, and the exploding bass drum there feels somewhat like a kick bass drum which might be heard in a club – and I personally like the effect.

In the second movement, the mallet percussion lines are repeated and endless, like the flow of the atmosphere. To put it in somewhat of an abstract way, it feels like we have “resisted the progression of time.” Of the five movements, this one took the longest to complete.

The third movement Tokyo Dance with a soprano soloist satirises such state of “Galápagosisation,” or isolation, in Japan at the time: “All that matters are myself and my surroundings; forget about the world.” I wrote the movement in rondo form; however, the middle portion and the ending include lyrics in English mixed with Japanese, together creating a story somewhat like The Tale of the Heike in its resemblance of the Buddhist idea of impermanence. My daughter Mai was in charge of creating lyrics. After a few revisions, we came up with the idea of using numbers as the basis of the form, so this movement became a sort of Counting Song of Tokyo. The third to fifth movements were composed in 2016.

This fourth movement Rhapsody of Trinity is a divertimento and, like the third movement, is full of black humour and satire. However, a motif from the first movement reappears to build a climax. A confused mixture of Japanese and Western elements creates chaos. The piece carries the troublesome time signature of 11/8 throughout.

This fifth movement The Prayer uses the least amount of sound and stays simple. Lyrics sung by the soprano are taken from a dictionary of Latin proverbs. The chorale that appears at the end is from Bach’s St. Matthew Passion (#62). When I set out to write this symphony, this chorale was running through my head like a basso continuo.

* Serialism: A type of harmonic organisation, where all 12 tones are used in a specific order.

All program notes by Joe Hisaishi. 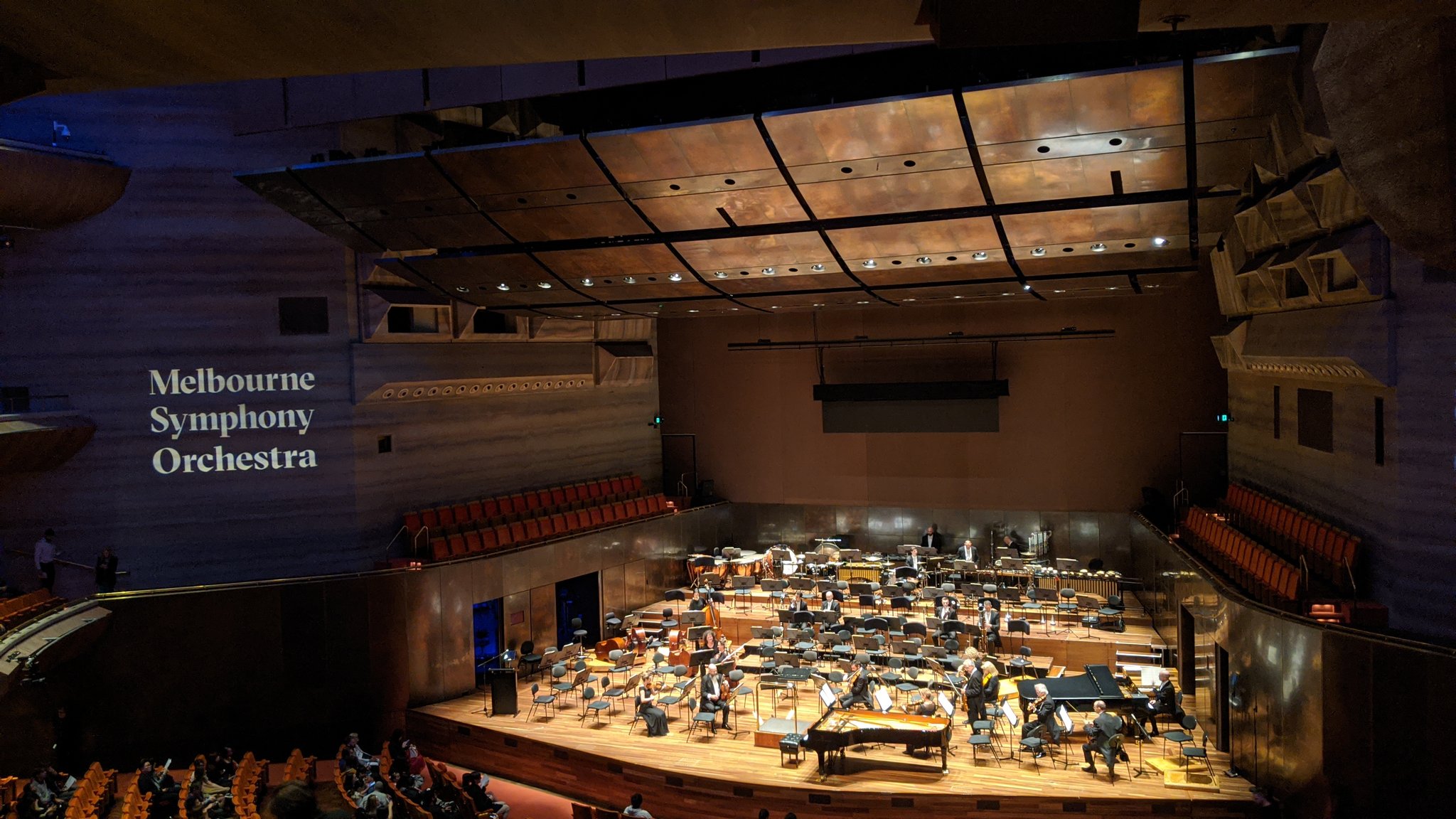 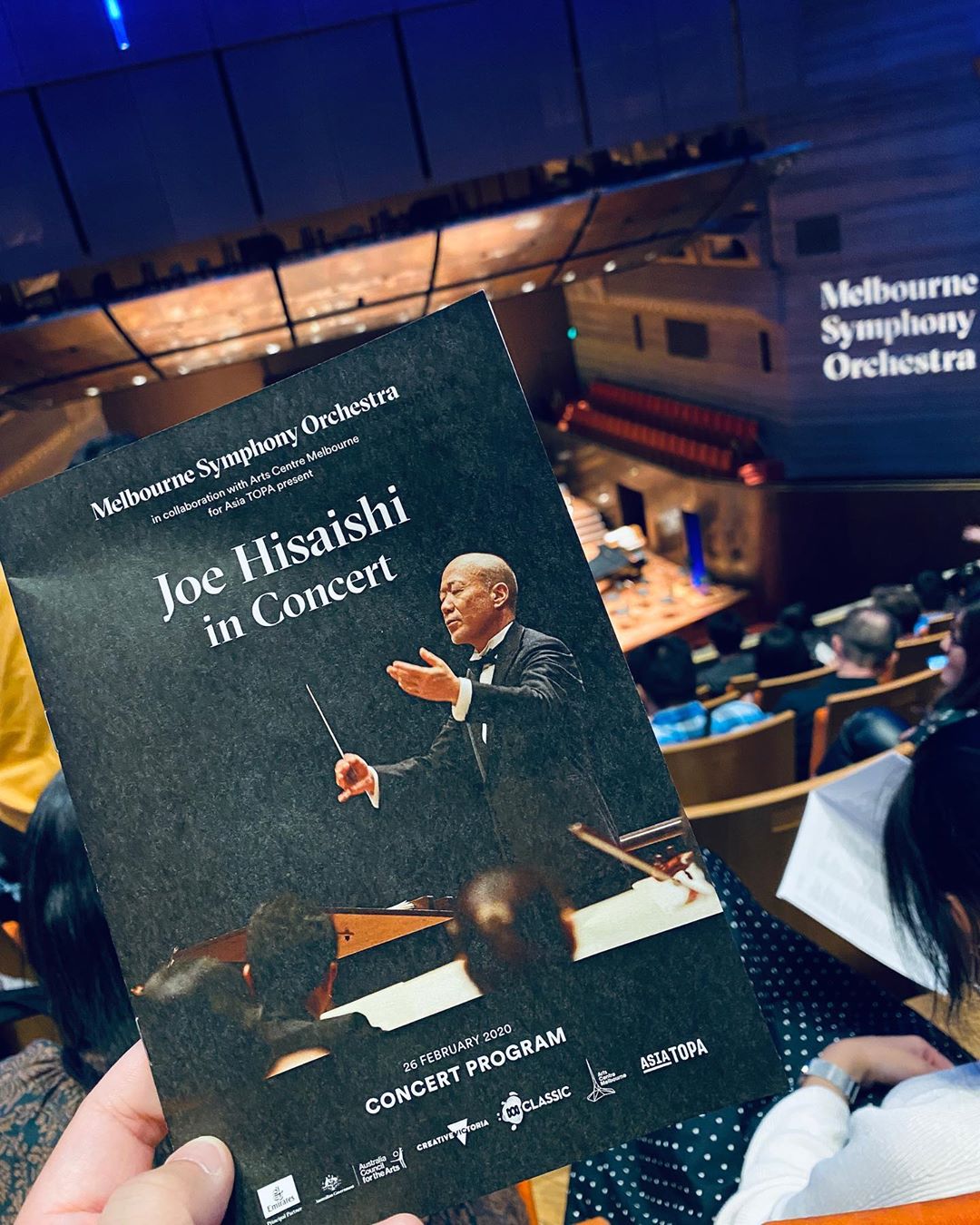 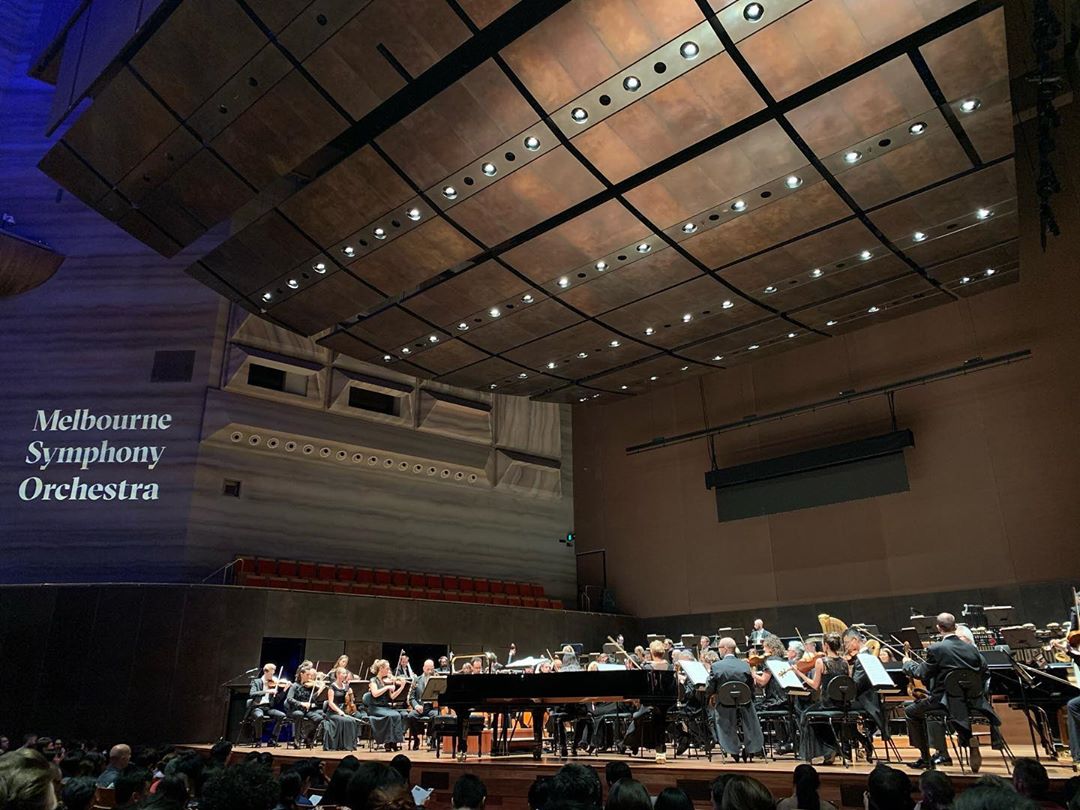 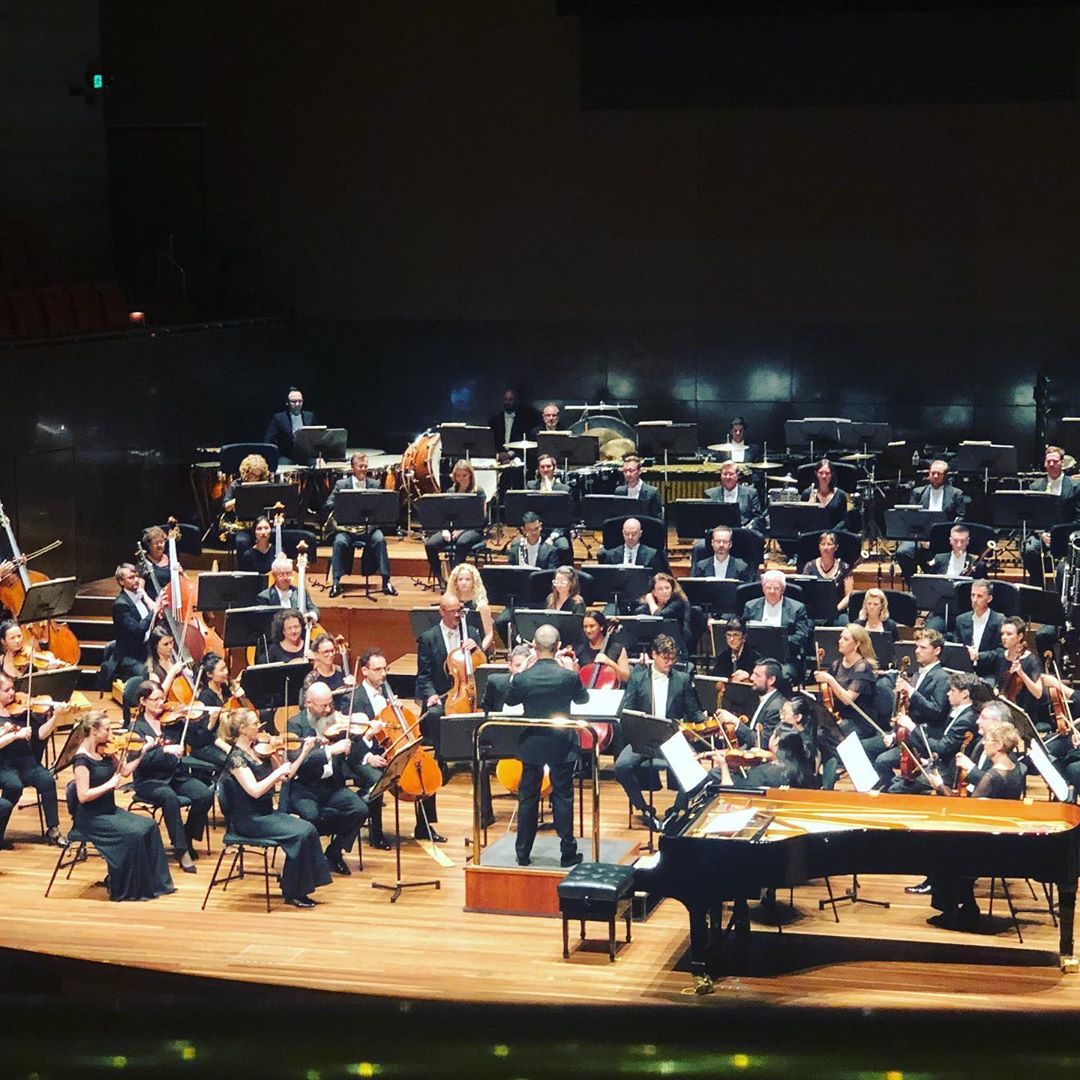 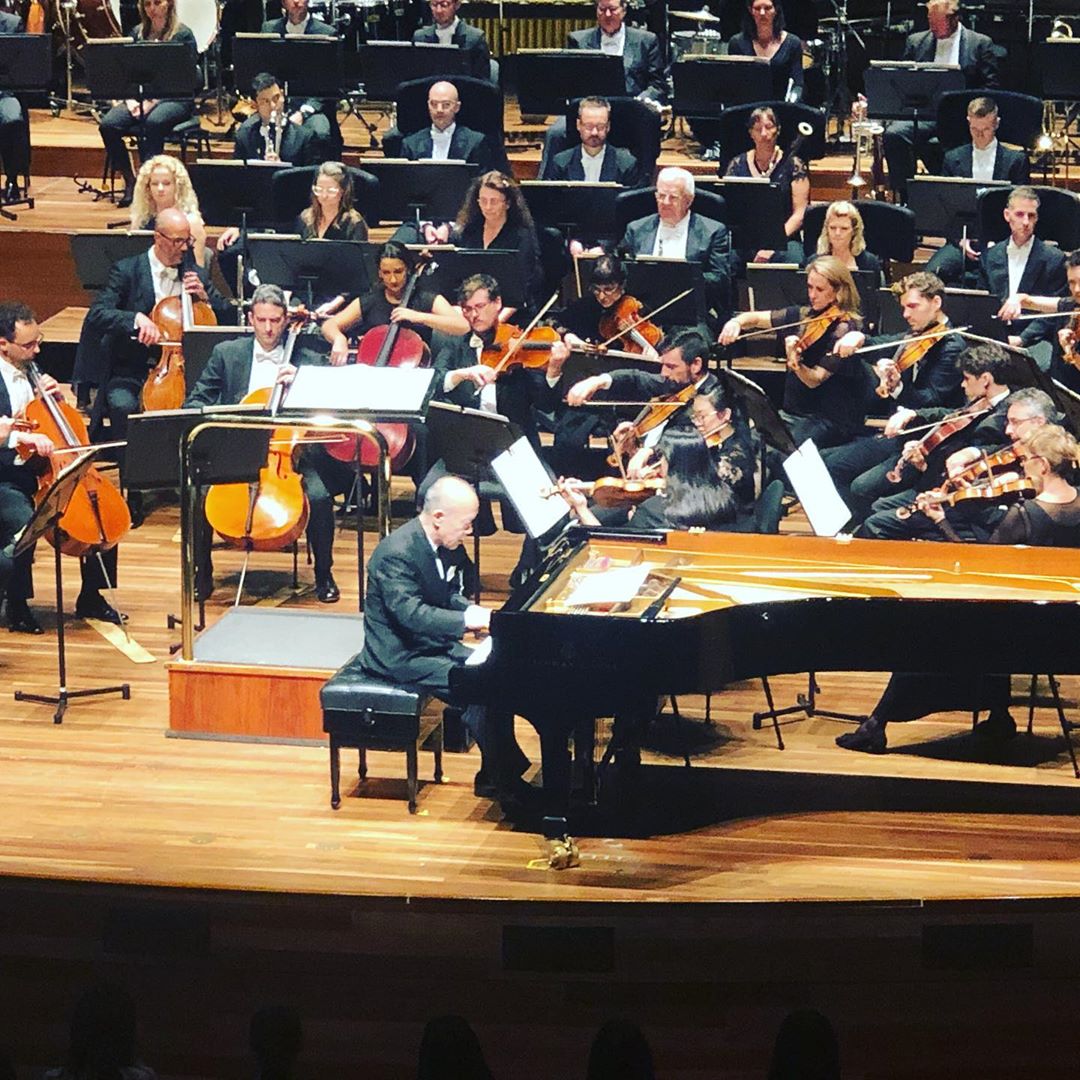 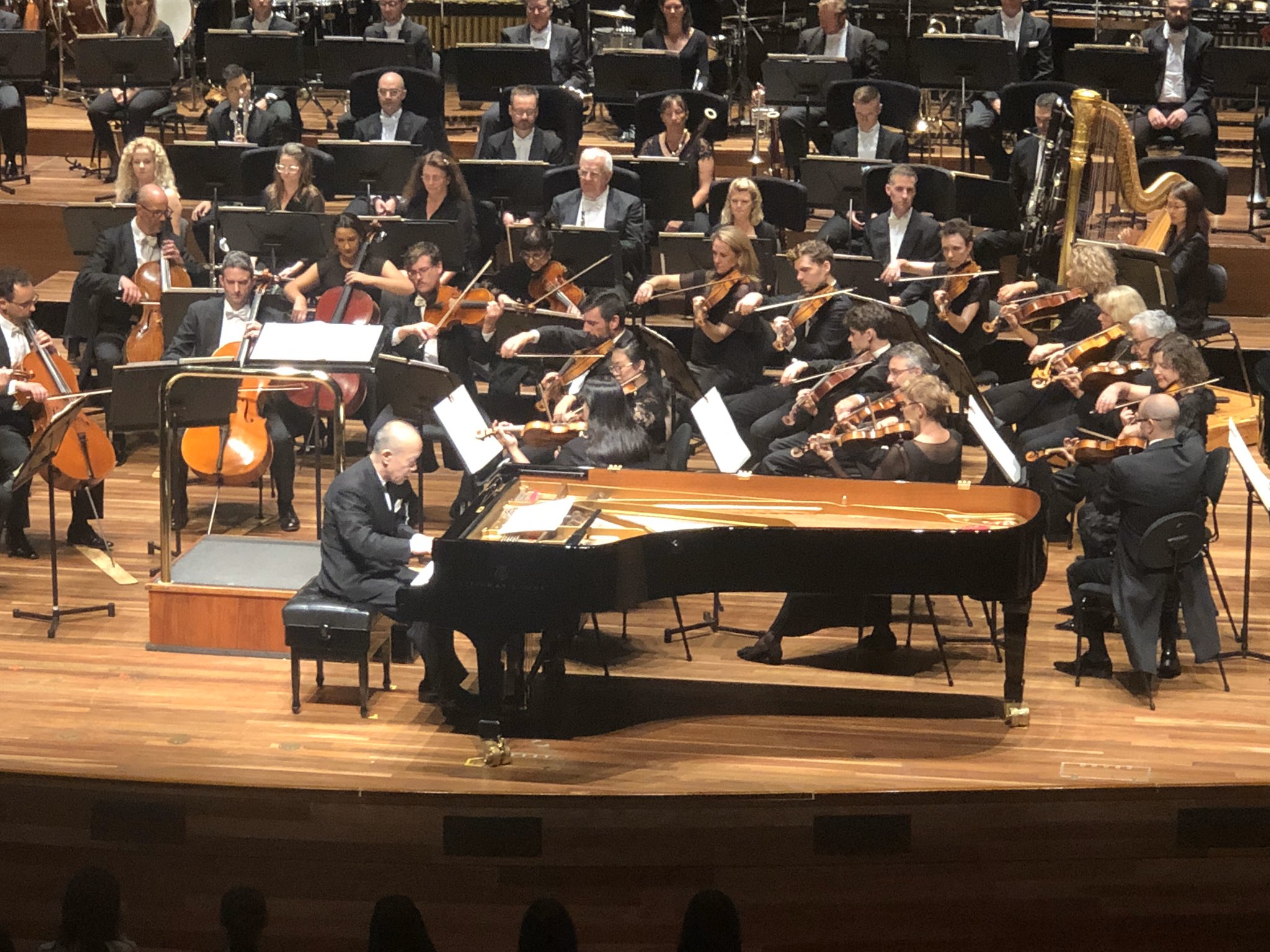 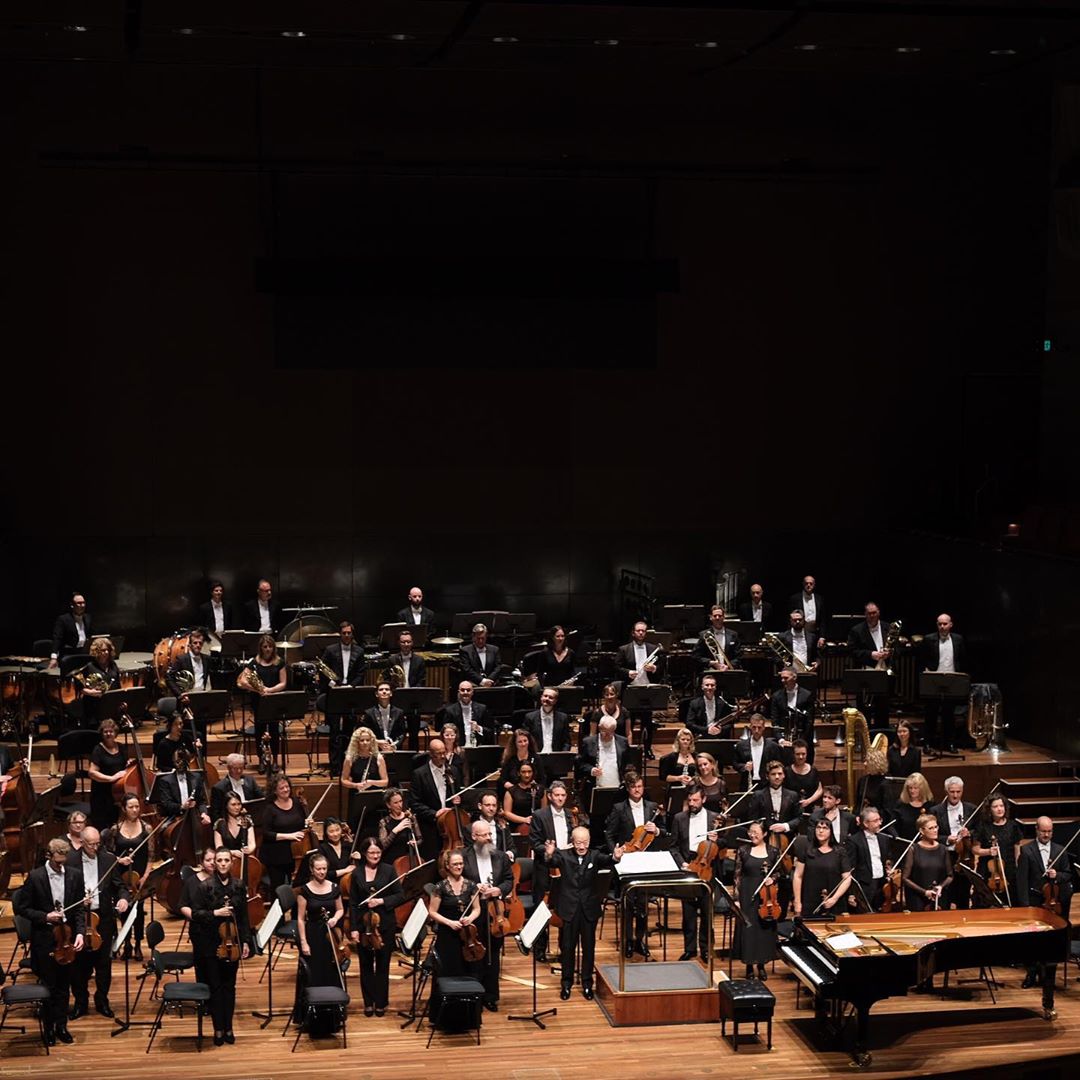 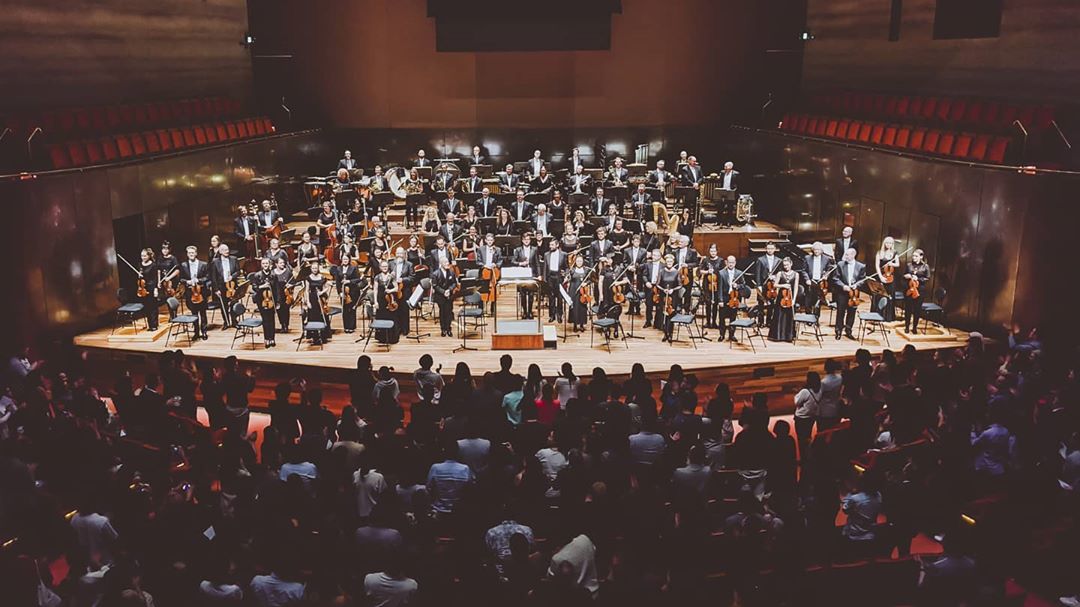 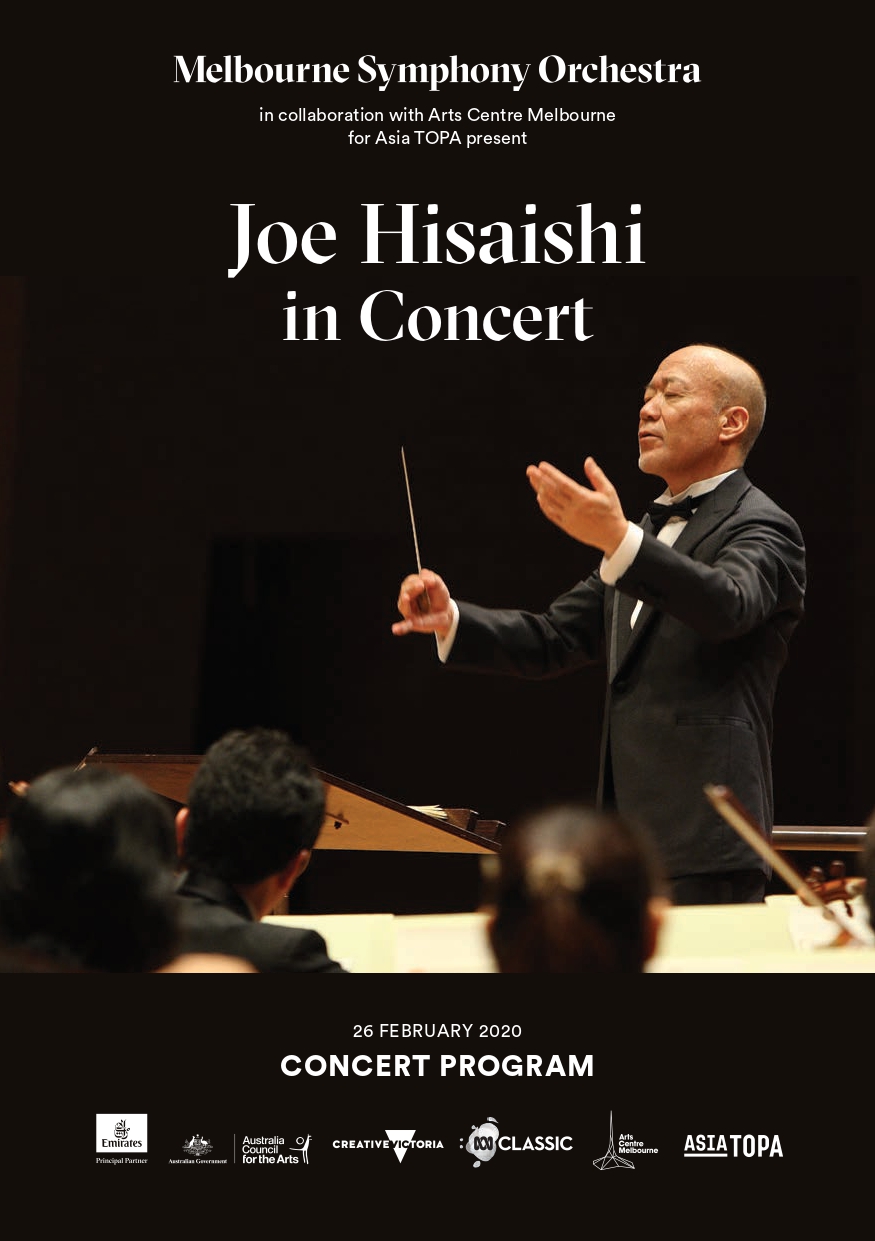