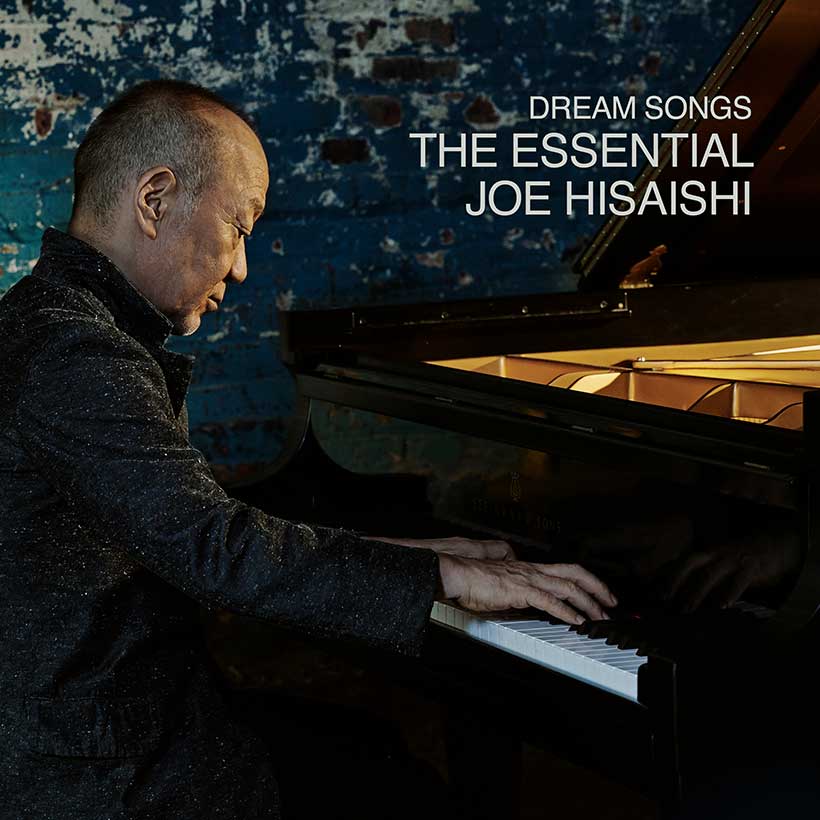 Joe Hisaishi, the acclaimed Japanese composer, has announced the release of his new album ‘Dream Songs: The Essential Joe Hisaishi’.

Published on February 6, 2020
By Sharon Kelly

Joe Hisaishi, the acclaimed Japanese composer behind some of the world’s best-loved anime films, has announced his new album, Dream Songs: The Essential Joe Hisaishi, will be released on 21 February. On the same day thirty albums from the composer’s extensive catalogue will be released on streaming services worldwide for the first time ever. Joe Hisaishi’s first official music video for ‘One Summer’s Day’ (from Spirited Away) was welcomed by fans and reached one million views in the first month alone.

Joe Hisaishi, described as “The John Williams of Japan” by Pitchfork, is one of Japan’s most beloved and prolific composers. Dream Songs: The Essential Joe Hisaishi celebrates his diverse and distinguished catalogue of compositions spanning Hisaishi’s nearly 40-year career. The new album features 28 compositions, all remastered by Joe Hisaishi, from his film scores and piano works, many of which have not previously been released outside Japan.

Dream Songs: The Essential Joe Hisaishi includes the composer’s work for acclaimed filmmakers Hayao Miyazaki and ‘Beat’ Takeshi Kitano, as well as selections from Studio Ghibli classics, and solo piano works. The collection features many compositions which accompany the most famous moments in all of anime including ‘One Summer’s Day’ (from Spirited Away), ‘My Neighbour Totoro’ (from My Neighbour Totoro), ‘Princess Mononoke Suite’ (from Princess Mononoke).

Thirty albums from the composer’s extensive catalogue will be released on streaming services worldwide for the first time on 21 February. These include compositions from his film scores, as well as his own albums and original works including Encore, Freedom Piano Stories 4, Melodyphony, Works II and MinimalRhythm 3.

Joe Hisaishi noted that when he composes film music, “I make sure I fully understand the characters, story, and visuals before I start my work, and my writing method would change between live-action films and animations. For solo works, the themes reside in me.”

Eight-time winner of the Japanese Academy Award for Best Music

Joe Hisaishi has won countless awards for his achievements in composition and film scoring. He is eight-time winner of the Japanese Academy Award for Best Music; he was awarded the Japan Medal of Honour in 2009; and he has composed soundtracks for two Academy Award-winning films, Departures (2008) and Spirited Away (2002).

His body of work, comprised of nearly 100 film scores and solo albums, draws inspiration from the canon of American minimal music compositions, experimental electronic music, and European and Japanese classical music. He has scored all but one of Hayao Miyazaki’s Studio Ghibli films, including three of the top five highest-grossing anime films worldwide.

Joe Hisaishi is undertaking a major tour in 2020, including concerts in Singapore, Melbourne, Vancouver, Seattle, Toronto and Stockholm.